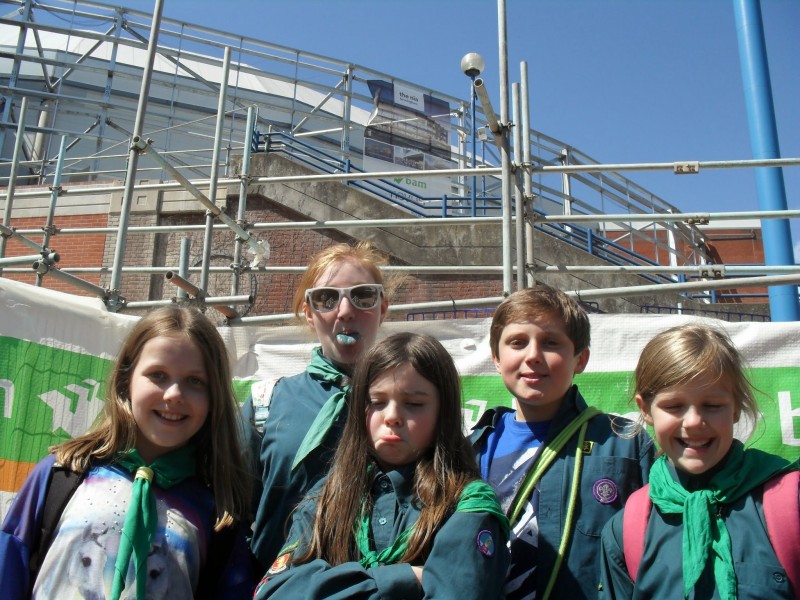 The evening before the teams were given the Birmingham edition of Monopoly and an ‘A to Z’ to find the locations of the properties and plan their route. The Birmingham’s version of Monopoly is good for this activity. There are locations like Halesowen and Alvechurch that would never get visited but most are fairly tightly spaced around the city center and there are plenty of alleys and canal towpaths that offer short cuts to teams who plan properly.

Both teams headed off in the same direction from Moor Street station, through the Bullring and down to the Hippodrome but after that their paths diverged, only meeting once, by chance, in McDonalds for a quick McFlurry stop.

Navigating in the City proved very different to the countryside (which the Scouts were used to) but their Orienterings skills were surprisingly transferable with several properties being located by walking compass bearings rather than following the map.

After 3 hours we met at Millennium point for a well earned sleep in the Planetarium at Thinktank. Both teams had enjoyed the Monopoly run. They visited parts of Birmingham they didn’t know existed and got a glimpse of the City’s varied history and architecture.

When the photos where compared the scores where incredibly close with only £40 dividing the teams despite very different routes and property lists. However, with the losing team having forgotten to take a picture of Broad Street despite visiting it, I think we will only settle the argument of who really won with a rematch next year.